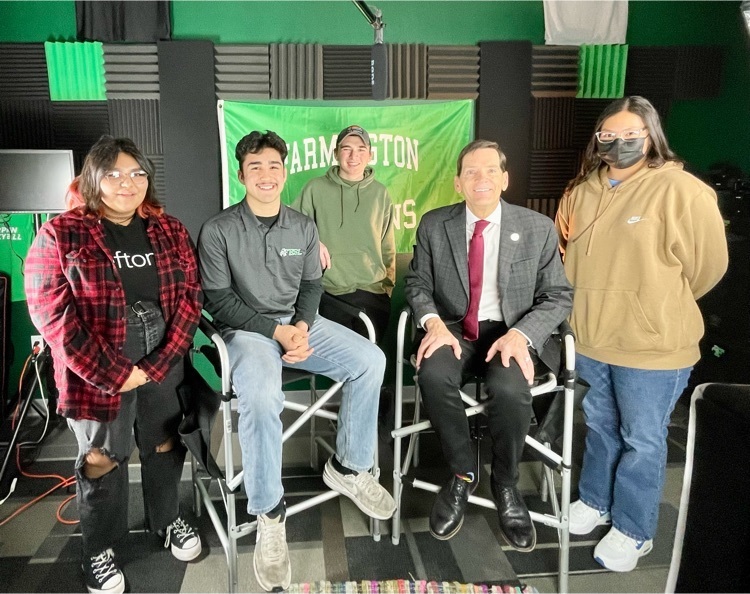 Ethan Bowles says that Secretary Steinhaus had really good energy and was easy to talk to. Ezequiel Borunda described the experience as a great opportunity.

The mass-media class offered at Farmington High School is for students who want to work as voice talent on the radio, interviewing people, or just trying their hand at media work. For these students, the mass-media class has opened the door for a career path in this field.

“We’re very fortunate to have this opportunity here since we’re the only school around Farmington that offers this class,” said Ezequiel.

Ethan for his part describes it as “it’s like a first real job,” and that he learned a lot from this class and his experiences.

Devyn Gamboa is an FMS student, currently interning for the Public Relations Department as part of the FMS Work-Based Learning Program.