Three special recognitions, a scholarship nomination, and School Board Redistricting changes took place during the April 12’s board meeting.

FMS students were involved in the Family, Career and Community Leaders of America or FCCLA, where they connect what they learn in the classroom with career pathways and industry opportunities (high school and college classes students take within a specific field), as well as compete in state and national events. This year, eight students competed at regionals, hosted by FHS at the CATE Center, and two students, Koy Modzianowski and Cobe Downing, qualified for state by receiving Silver. Both Koy and Cobe took Bronze at state with their “Recycle & Redesign” creation which they designed and made in Fashion 3 Class. During the competition, they were able to connect with the judges the concepts of design (draping) and the use of the products in their creation (recycled drapes, fashion/interior design magazines, and snaps). 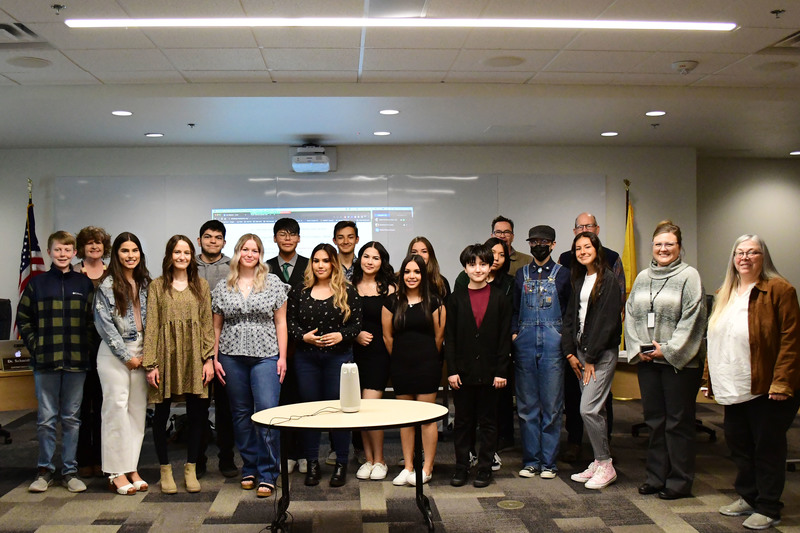 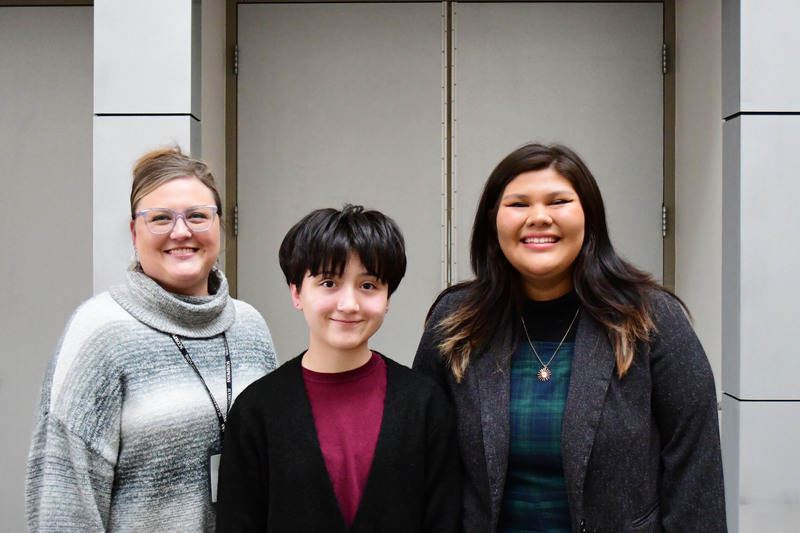 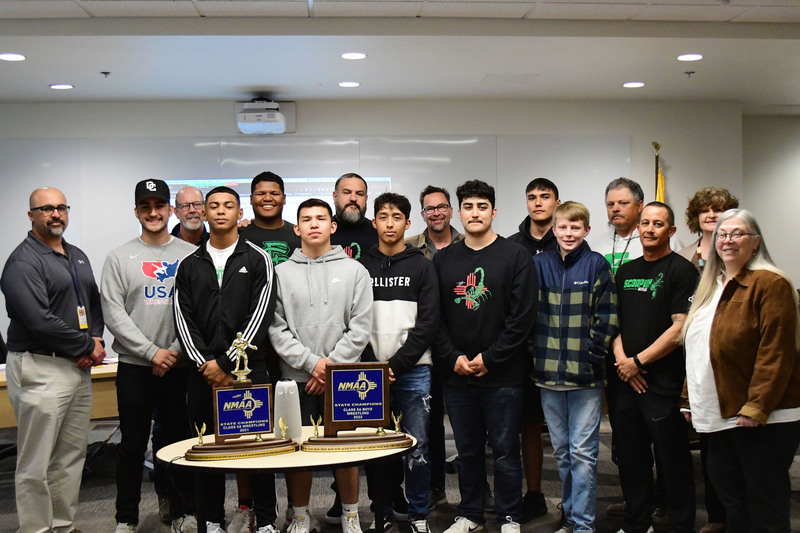 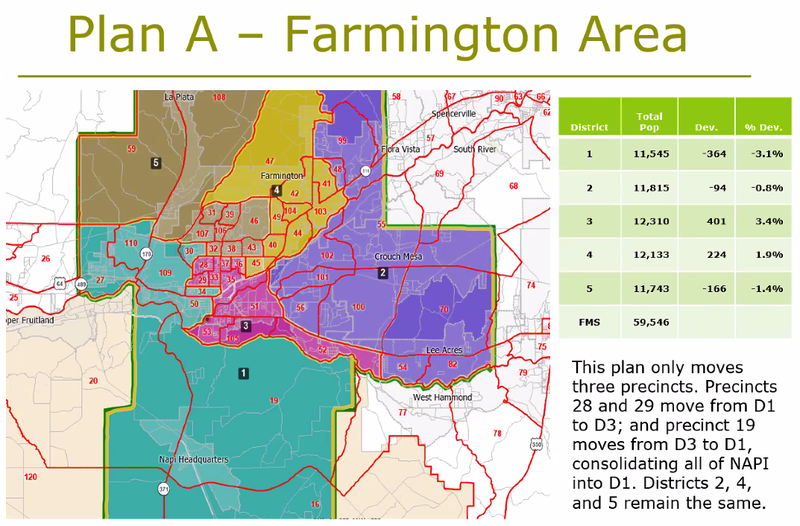 The School Board heard a recommendation from the Redistricting Committee and the firm Research & Polling Inc., to approve a redrawing of boundary lines. This process, which only affects the School Board, takes place every ten years to reflect population changes and to equally distribute the number of voters in each district using Census data.

The process uses equal population, and minority voting rights (not diluting the voting strength of ethnic/language minority groups), compactness, contiguity (no islands of territory), and communities of interest as “principles of districting,” for a population of close to 60 thousand.

The School Board will vote on Plan A on the May 10, 2022, School Board meeting. See photo of the proposed map above.

The following students are part of the Farmington High School Student Senate:

Farmington Municipal Schools Board of Education Region 1 NMSBA scholarship nomination to Kaden Fuller was presented by Board Member Andra Stradling.

Recommendation from the Redistricting Committee was presented by Robert Emerson and Brad Morrison of Research & Polling Inc.

About FCCLA: FCCLA is a Career and Technology Student Organization or CTSO, which is academically linked to Family Consumer Science (FCS) classes. Originally called Future Homemakers of America, FCCLA started in 1945 when New Mexico started chapters.

About BPA: Business Professionals of America (BPA) is a Career and Technical Student Organization (CTSO) that participates in competitions in the following areas: Finance, Business Administration, Management Information Systems, Digital Communication and Design, Management, Marketing and Communication, and Health Administration.