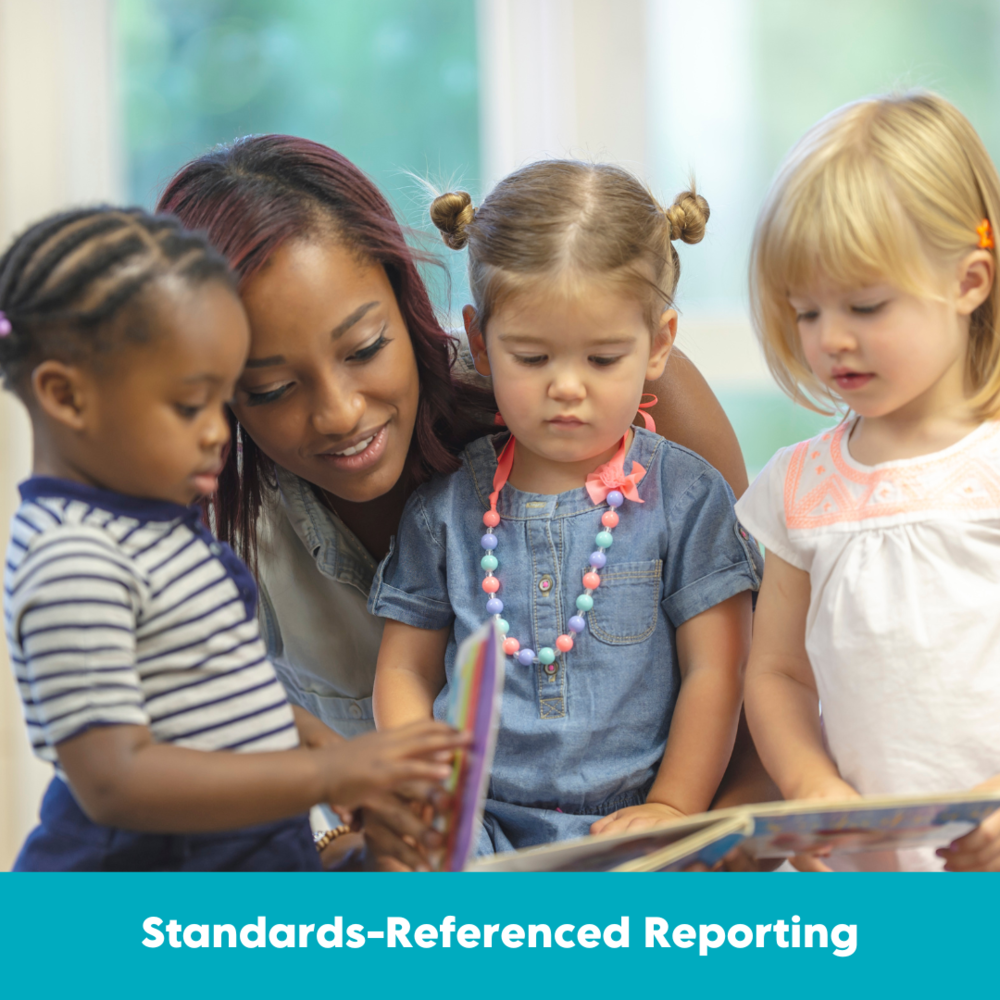 Suppose that today you went back to school and took the normal courses of studying math, reading, science, and social studies, but in addition to those courses there was also a course called “Walk.”  At the end of the grading period you earned letter grades for your performance in all those courses and in the class called "Walk," which is a course that teaches and assesses walking, you earned a B.

How would you feel about this?  Some of you are probably thrilled because before this the highest grade you ever received in any class was a C.  Still others might think something along the lines of, I haven't tripped or fallen in like 4 years, shouldn’t I have an A? What if you earned a B for walking and every other person you know earned D’s?  Do you feel better about your score now?  Does this make you think that you're even more skilled at walking?  What if they all earned A’s?  Do you feel worse?

At this point in the example you might start thinking to yourself, what does it even mean to earn a B in walking anyway? and if you're asking yourself that question, you’re at a point where you can understand why our school district is moving away from a traditional grading system and toward a standards-referenced system.

To illustrate both the reasoning for this switch as well as potential benefits and outcomes, let’s continue with the example of walking class except instead of imagining you're attending, let's put age-appropriate students into this example. We’ll take a few toddlers and enroll them in the "School of Walk."  Here we have three toddlers, Henry. Liv, and Adam.  Each is about nine months old and has parents who are proud to enroll them in the "School of Walk," which specializes in teaching toddlers to walk over the course of the next six months. Henry is enrolled in Mr. Toughman’s class, Liv is in Miss Masters’ class and Adam is in Mrs. More Points’.  At the end of the grading period, they're provided with a report card.

Henry who can now not only walk but can run and jump earned an F for the course. Liv who can stand while holding onto something and take a few easy steps earned a C, and Adam who can only scoot like a seal and roll over earned an A. On the surface, these grades may seem unfair, however, each of these grades can be justified using the same grading system nearly all of us experienced in school ourselves.

During the course of study, each student was graded on one assignment each month and those were averaged into a final grade for the course. Each of Henry's assignments was based on the scale of actually walking Henry, who did not demonstrate a walking ability for quite some time earned a zero on the first three walking assignments. Maybe he couldn't walk or maybe he just refused to, however on the fourth, fifth, and final assignment Henry earned 100% as he not only walked but ran across the room and jumped over some toys in the way. His teacher, Mr. Toughman, using the same system that's been used for many years, averaged all the assignment grades together and the math showed that Henry earned an F at 50%. Henry’s parents are concerned about his grade because their son can walk, run and jump but has been marked as a failure.

Liv was lucky to have Miss Masters’, a more experienced teacher who knew that toddlers progress in skills related to standing, balancing, and so forth, before being able to fully walk. In her class assignments were not all based on walking, but on the skills leading up to walking, with the final assignments addressing specifically the scale of walking.   Like in Mr. Toughman's class there was an assignment each month, but instead, the difficulty of the assignments increased over time. Liv earned 100% for standing, 100% for balance, and so forth, but earned a 50% on the last three assignments.

The average of all those grades turned out to be a C, but what does a C mean? Finally, Adam still scoots on his belly but earned an A with Mrs. Morepoints. Mrs. Morepoints grades are the same as Miss Masters except for one difference. Mrs. Morepoints provides extra credit in the form of extra movement.

She believes this is a good idea because even if the toddler is unable to walk, moving around shows that they're trying. Additionally, students don't lose self-esteem by having a low grade. Adam earned low grades on every assignment since the first but was able to complete extra credit assignments and with the extra credit added his grade resulted in an A. Adam’s parents are thrilled their child earned an A and leave the school happy, unaware their child is developmentally far behind.

Within a standards referenced reporting system students are not graded on their accumulation of points or the average points from each assignment. Many assignments and activities are meant as a practice to help students learn the skill or knowledge they're meant to acquire. In the "School of Walk," the toddlers were meant to acquire the skill of walking as defined by a standard.

A standard is an agreed-upon level of skill or knowledge that a student is meant to demonstrate by the end of a learning period. Courses of study likely have multiple standards for student performance. A single standard for the "School of Walk" might read something like, students will be able to walk ten feet without hesitation or falling. It’s a measurable benchmark that can be measured by any teacher or evaluator. The measure of success on the part of a student would not be rated on an ambiguous A to F scale, but instead is a descriptive scale, such as, “exceeds,” “proficient,” “approaching proficiency,” and “beginning.” Additionally, the teachers at the school would evaluate the standard and the proficiency scale to determine specifically what it means for a student to meet each level in relation to the standard. For example, a student who exceeds the standard of walking would walk or run farther than the 10-foot distance. A proficient student can walk 10 feet without falling. One who is approaching proficiency can walk fewer than 10 steps without holding onto something for support. While a child who is beginning can’t take steps without support.

For more information contact your school or speak to your child's teacher. Together we can improve teaching, learning, and communication through better grading at Farmington Municipal Schools.

Click here to view more videos from the Curriculum and Instruction Department.