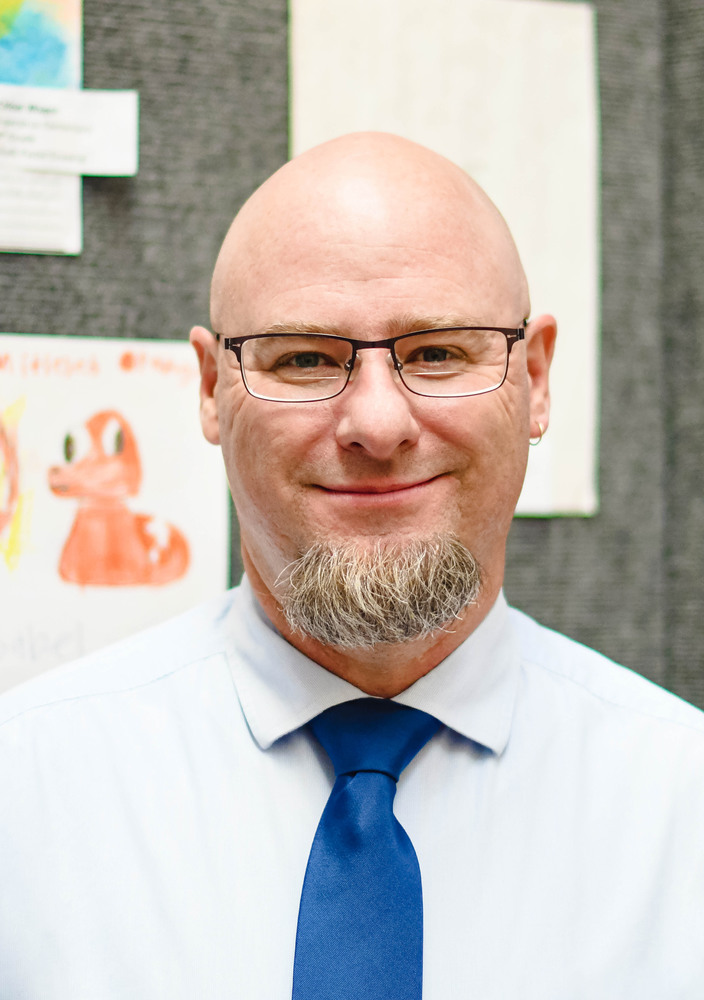 Farmington Municipal Schools (FMS) is pleased to announce that our Coordinator of Fine Arts, Daniel Fear, has been named the 2022 Art Administrator of the Year by the New Mexico Art Education Association (NMAEA).

“I thank the NMAEA for this distinct honor. I also thank our FMS teachers; you are great peers and the best collaborators. It is a privilege to serve the art educators of Farmington Municipal Schools. Working with them as an advocate for arts education across our beautiful state is also a highlight. In advocacy, we are fierce fighters with wildly creative ideas and driving perseverance to improve what we are able to provide to all students with increased equity and opportunities,” said Mr. Fear.

“This is a well-deserved recognition of Mr. Fear’s years of dedication to fine arts. He began his journey as a fine arts administrator nearly seven years ago, but in the twenty-four years he has been with FMS, he has spent a great deal of time learning about art instruction and pedagogical approaches from some of the best educators in the state while collaborating with our art teachers in their classrooms. We congratulate him for this recognition and contribution to the district, where he has demonstrated extraordinary love and dedication to education,” said Superintendent Diehl.

Daniel Fear received his Bachelor of Music Education from New Mexico State University in the spring of 1999. While at NMSU he studied tuba with Dr. Jim Shearer and conducting with Dr. William Clark. He completed his Master’s Degree in Educational Administration through Eastern New Mexico University in July 2015. Mr. Fear has been involved with instrumental music teaching since the fall of 1999, all with Farmington Municipal Schools.